Two years after an interesting but imperfect PX, Bowers & Wilkins is launching its second mobile wireless headphones with active noise reduction, the PX7. Will it manage to worry the stars of the market this time?

The PX7 is the new high-end portable headset from Bowers & Wilkins and the direct successor to the PX of 2017. Like the latter, it is a noise-canceling Bluetooth headset in over-ear configuration, which directly confronts market stars like the Sony WH-1000XM3 and the Bose Headphones 700 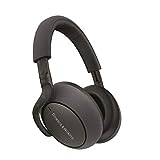 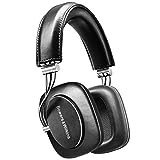 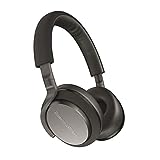 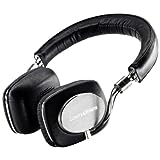 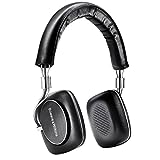 The manufacturing quality of the PX7 is perfectly worthy of the high demands that Bowers & Wilkins has accustomed us to. Not only does it use the very elegant lines that have become emblematic of the helmets of the English brand. But it also benefits from a particularly careful assembly, making use of robust and quality materials. The only questionable point that we could raise concerns the frame of the arch, whose texture “slate type” can at first glance be confused with a simple very worn aluminum – but the effect is perfectly normal and voluntary

These good impressions continue when you put the helmet on your head. Despite its relatively high weight of 310 g (compared to 250 g for the Bose Headphones 700 or the Sony WH-1000XM3, for example). The PX7 is extremely comfortable. Without being completely forgotten on the head, he can distribute the pressure of his headband and his atria in a remarkably uniform manner on the skull, and you can wear it for hours without feeling any discomfort.

Connectivity is particularly abundant. In Bluetooth, the PX7 is capable of multipoint connection to 2 sources simultaneously, with automatic selection of the broadcast stream (when one of the two source devices starts playing or receives a call, it automatically obtains broadcast priority). The helmet from Bowers & Wilkins rises here almost to the level of the Headphones 700 from Bose; “almost” only, because it has a very small drawback compared to the latter: on the ignition, the PX7 automatically connects to the last paired device, and the second device must then be connected manually.

Bowers & Wilkins’ reputation in the field of loudspeakers has certainly been known for decades, but the venerable British brand has never been able to fully convince us with its headphones. The PX7, unfortunately, continues this trend, with performance far from uninteresting, but certainly not flawless either

An observation that materializes first of all by this frequency response, to say the least, eccentric, completely out of step with the very wise and “traditional” hi-fi signature that we usually associate with B&W. The colors are obvious, with this very violent “U” signature – especially, strangely, when the noise reduction is deactivated -, which gives a large prominence to the two ends of the spectrum.

The first contact is therefore extremely confusing. The very dull side of the rendering requires a period of accommodation – especially since it is unfortunately accompanied by some sensitive bass overflows on the low mids, which cause some confusion in the mixes richest in low frequencies. At the same time, it goes without saying that the tones are very noticeably tinted, especially those of medium sounds. Human voices, cellos or other acoustic guitars, for example, take a rather dark and distant turn.

The PX7 is a headset full of paradoxes, notably sound, with its very colorful and unfaithful restitution, but also surprisingly rich in details. Assuming we adhere to this approach, we can then take full advantage of its other qualities, such as its abundant connectivity and its excellent active noise reduction. Otherwise, the essential Sony WH-1000XM3 and Bose Headphones 700 remain safer and more versatile choices.